You are here: Home / First Impressions / The Wonderful and Colorful World of Abzu 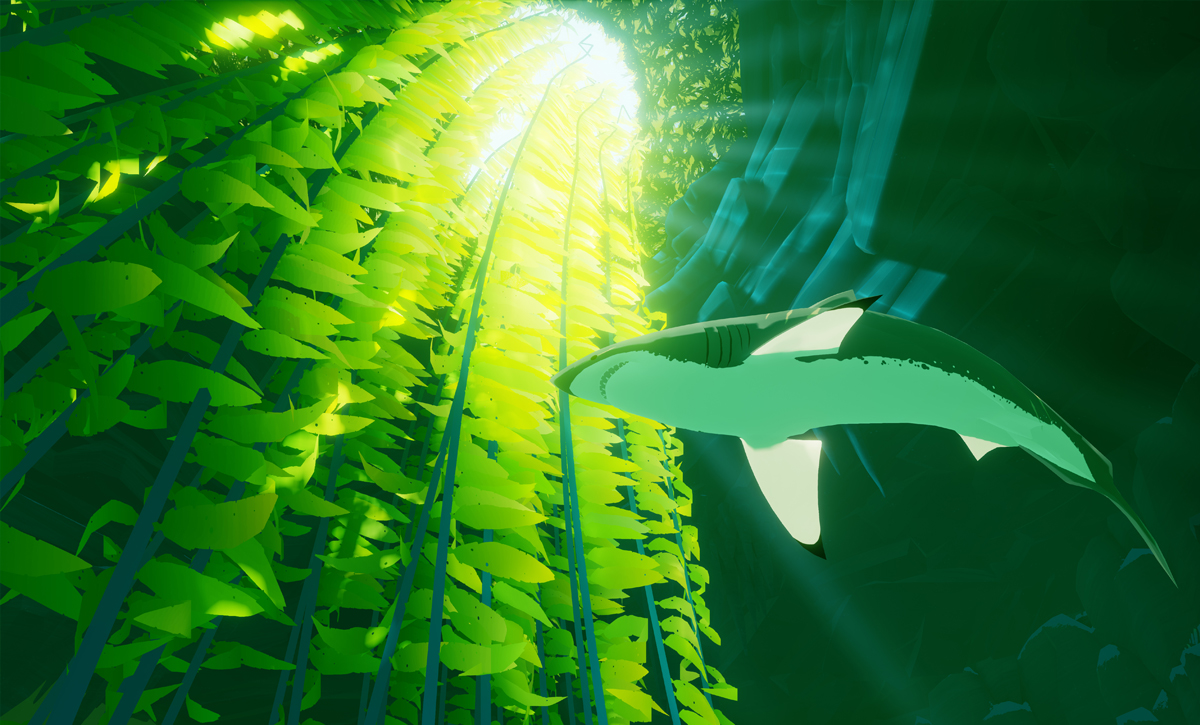 Giant Squid Studios sums up their game development philosophy in this way – which perfectly describes their accomplishments with Abzu, their very first title as a new, independent game studio.

We believe that video games can be more than a pastime – they can be an artistic medium that delivers beautiful, meaningful, and timeless experiences to a wide range of people.

My wife described it in one word – Stunning!

I couuldn’t agree more. As their very first game release, Giant Squid Studios has made something truly remarkable, cinematic and wonderfully unique.

Abzu makes you feel like you’re in a massive aquarium designed by an eccentric marine biologist. While I wasn’t quite sure of the purpose early on, it didn’t really matter simply because of the gorgeous scenery you find yourself immersed in.

The gameplay gracefully funnels you from one chamber to the next while uncovering locks, doors, puzzles, and dark passageways. The transitions sometimes involve race like sequences where you swim through small schools of fish like checkpoints. At times, I wasn’t even sure I was still underwater as I often encountered waterfalls, rivers, and fountains.

The three or four-hour journey takes you through massive sunken cathedrals with Egyptian or Romanesque like murals on the walls. These underwater palaces make your character feel diminutive but never trapped. Exploring is one of the highlights of the game. You never feel rushed to move onto the next phase of the game.

There are hundreds of variety of fish and sea creatures. From tiny anchovies and nautilus to massive blue whales and giant squids, each encounter feels mystical. At some point, we even started looking these creatures up on Google just make sure they weren’t making this stuff up. Rest assured, Giant Squid did their research.

At some point, we started noticing aquatic life that thrived 80 million years ago during the Cretacious period.

During your travels, something fishy begins to develop. Without giving too much away, you begin to encounter something sinister and twisted within your world. All is not well and some of the game’s challenges involve navigating dangerous mine-like objects and rooms clearly corrupted by some kind of dark technology.

One of the best parts of the game is breaching the surface. You can speed your character towards the surface and leap into the air performing a somersault or spin move. You can even entice larger fish near you to start mirroring your movements.

Another remarkable aspect of the game is a mode called Meditation. This allows you to put the focus on different species of fish in your area. The camera pans from one species to the next about every 60 seconds. A text display reveals the name of the fish. I only wish it told you more than the name. It’s not unlike playing a YouTube aquarium loop on your TV during a dinner party.

Oh, and did I mention that you can hitch a ride on a giant squid? Yep.

Abzu offers you a truly unique experience – an opportunity to dive into a world many of us will never know. If you’ve played, please leave your comments below. What did you like? What didn’t you like? We’d love to hear your thoughts.

Abzu was released in 2016 from Giant Squid Studios.
Available on the Nintendo Switch, PC, XBOX and PS4.