You are here: Home / First Impressions / Assassin’s Creed Odyssey – Why Did I Do This to Myself? 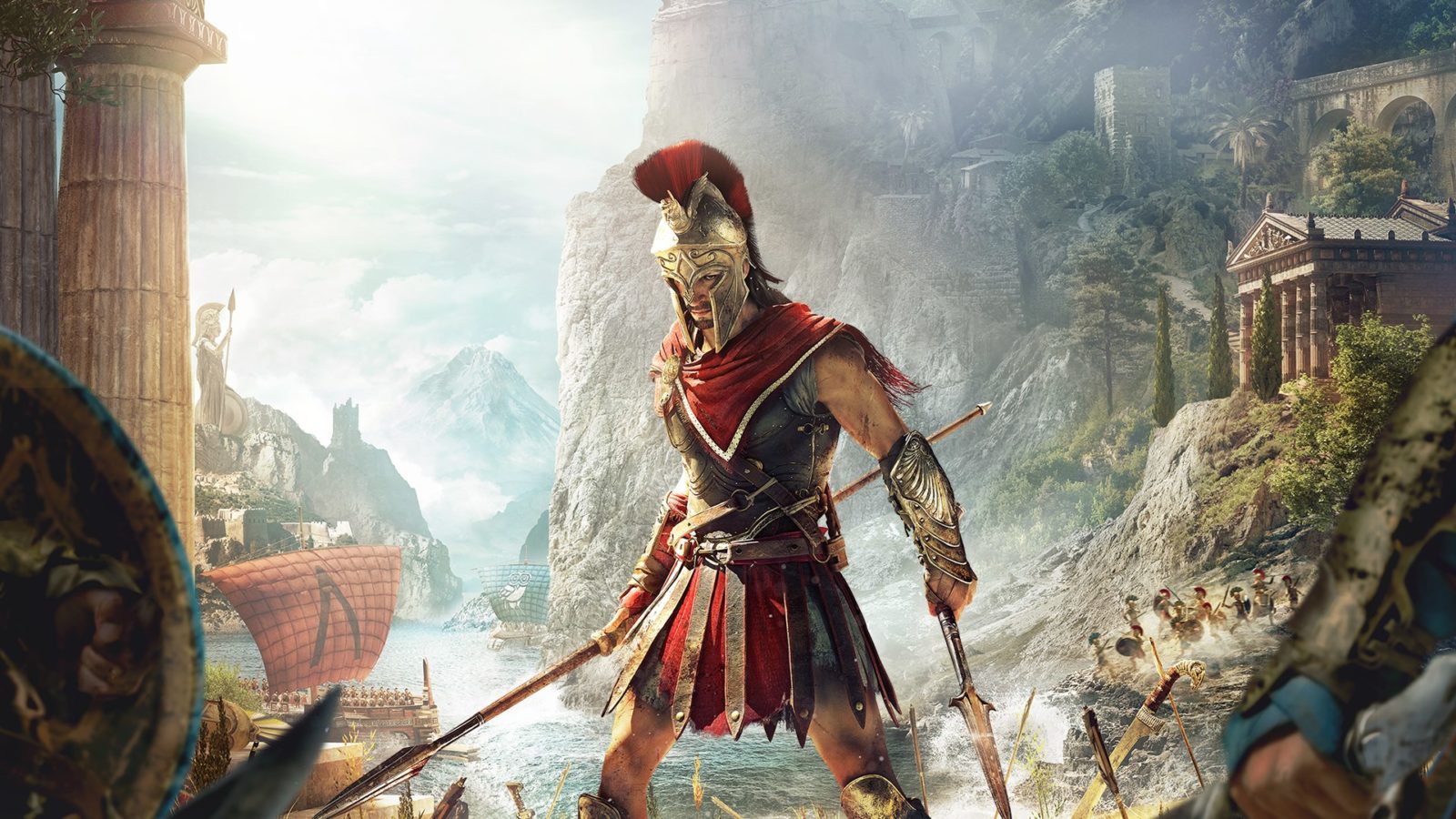 Why? Why must I do this to myself? I started another massive open-world game that I will most likely never finish. Oh well… here we go.

Assassin’s Creed Odyssey dropped in price recently and I thought I would take the plunge… there’s a joke there somewhere. From the publish date of this article, It’s 67% off over at the Xbox store if you’re interested.

Although I skipped a few releases including Origin’s, Unity, Revelations and those weird side scrollers, I have always been a big fan of the series ever since I played the first Assassin’s Creed game released in 2007. The franchise defined the action-adventure RPG genre, and the latest iteration is a very nice addition to the series.

The first thing I noticed is the size of the map. It’s huge. I’m not sure where it fits on the largest-open-world-map-scale, but it seems massive. It’s also gorgeous, which makes exploring the vast Grecian landscape a little less intimidating. With a map this big, you need a story and side quests to fill it up. I’m a completionist when it comes to most games and according to this Forbes article by Paul Tassi, it will likely consume upwards of 50+ hours to finish the main storyline. This does NOT include the dozens of sidequests and mysteries to explore throughout the map. Let’s also not forget the several addons that packed-in 30+ more hours of gameplay.

For a husband and father who also has a full-time job, there is no way in Hades I will ever finish this game, and I’m okay with that.

There are so many sparkly distractions and quest givers that it’s hard for a do-everything kinda gamer like myself to stay on track. I suppose that’s not an entirely bad thing, but when it comes to actually finishing games, this one is most assuredly going in the still-in-progress pile. I do however value all the content they have provided in this game. When I drop $60 on a game, I expect to get 30-40+ hours out of the investment. Since I purchased this for about $15, I honestly can’t complain.

Gameplay is a blast

Odyssey definitely has an assassin’s creed vibe when it comes to combat and exploration. Being a long-standing franchise, I was curious if they would try to mix things up a little, but they stayed true to the gameplay, which I appreciate. Staying true to its roots, climbing, running and assassinating all feel very familiar with some extra polish. I can’t for the life of me figure out the dodge mechanic, but overall, the gameplay is very fun.

The AI, however, feel as dumb as ever. I suppose I should just get over it, but I wish the rank and file enemies were a little smarter. I often compare all open-world enemy AI mechanics to the Hunter’s in The Division. Not only do they intimidate the crap out of me, but they are also very hard to take down.

The addition of bounty hunters is a nice touch. As you progress through the story your reputation will trigger bounty hunters to stalk you. They are not to be trifled with. Honestly, they can be quite difficult to take down if you are under-leveled. Fortunately, you have the option to evade them entirely or pay off the bounty. I usually just run like a coward until I can level up.

Overall, I’m impressed with Assassin’s Creed Odyssey. It’s not always easy for me to crack open a AAA open-world game knowing full well I may not finish it, but it’s been fun regardless. I have my eye on the Fate of Atlantis DLC hoping that completing the story is not a requirement. We shall see… As always, thanks for reading and happy gaming everyone.