You are here: Home / Archives for New Release 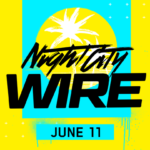 Cyberpunk 2077 will not be showcased at E3 this summer - because it's cancelled. Although a major bummer for many E3 goers, candy will still be had in the form of online reveals and gameplay. CD Projekt Red is promoting their own E3 event called Night City Wire on June 11th - the exact day E3 was scheduled to happen this year. So what can we expect to see during the Night … END_OF_DOCUMENT_TOKEN_TO_BE_REPLACED 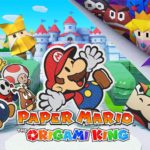 Do you dare crease yourself for the evil Origami King? The next game in the Paper Mario series is coming to the Nintendo Switch July 17th. Princess Peach appears to have gone bananas as she drops our hero into a paper pit of despair. Team up with your new partner, Olivia as you tackle a new paper menace in the Kingdom. Join forces with Bowser and the Toads to tackle the … END_OF_DOCUMENT_TOKEN_TO_BE_REPLACED

Official Assassin's Creed Valhalla gameplay will be revealed by Ubisoft on May 7th, 2020 and boy are we excited. The reveal will be during the Inside Xbox event for the Xbox Series X. Ubisoft is a featured developer and is expected to share some tantalizing new gameplay of this eagerly awaited Assassin's Creed title. if you missed it, catch the cinematic trailer for … END_OF_DOCUMENT_TOKEN_TO_BE_REPLACED