You are here: Home / New Release / Everything We Know About Assassin’s Creed Valhalla 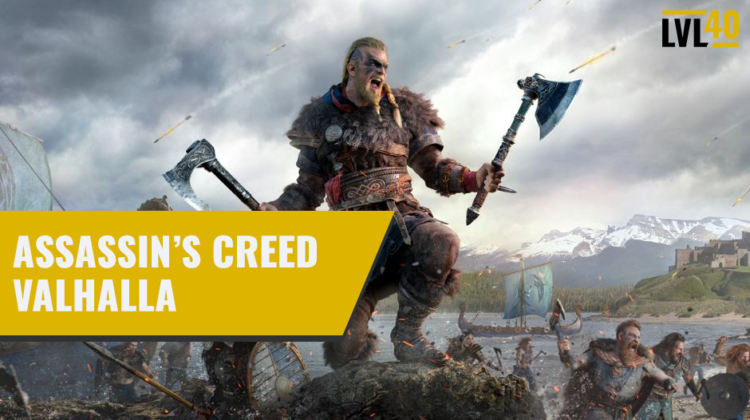 Official Assassin’s Creed Valhalla gameplay will be revealed by Ubisoft on May 7th, 2020 and boy are we excited.

The reveal will be during the Inside Xbox event for the Xbox Series X. Ubisoft is a featured developer and is expected to share some tantalizing new gameplay of this eagerly awaited Assassin’s Creed title. if you missed it, catch the cinematic trailer for Assassin’s Creed Valhalla.

We will be happy to reveal our first Assassin’s Creed Valhalla gameplay trailer during the First Look Xbox Series X Gameplay on Inside Xbox. Stay tuned. https://t.co/iogAt5lIAh

What we know about Assassin’s Creed Valhalla

The iconic “SHEEEENK” sound of the hidden blade has returned. The hidden blade revealed moments before some poor bloke is perforated will be a weapon option or perhaps a permanent feature of the protagonist, Eivor. It is suggested the hidden blade will not be available until further into the story.

Speaking of weapons, it has been confirmed you can now dual-wield nearly any item. Hello, double axes!

In Assassin’s Creed Valhalla, you have the option of playing as a male or female character named Eivor. Your choice will create a unique and meaningful story arc that aligns with the gender of your character. Both choices are canon, meaning they will exist in the same timeline similar to how Odyssey handled Kassandra and Alexios. Whether Eivor is a man or a woman, there will assuredly be no shortage of badass Viking moments.

Your faithful and all-seeing companion is now a raven. The Norse God, Odin, who is referenced in the cinematic trailer was known as the Raven God. He had a pair of ravens, Huginn and Muninn, who would travel the world and bring information back to Odin. It seems fitting that our Norse assassin would reply on a raven to reveal nearby locations.

The story of Assassin’s Creed Valhalla picks up where Origins and Odyssey leave off. However, according to Darby McDevitt, narrative director for Valhalla, lore from the entire franchise be weaved into the Valhalla story. We will even see a return of Layla. She is a member of the Assassin Brotherhood and uses the Animus to relive memories of past assassins.

Viking raids will exist in Valhalla, but they will not just be about combat. Creative director Ashraf Ismail and narrative director Darby McDevitt describe raids in little detail, but what they do suggest hints at relationship building, cultural integration, trading, and of course, battle – but don’t expect full-scale epic warfare.

Settlement building will be a large part of the gameplay and central motivation of our hero. As the leader of the 9th-century Viking clan, Eivor will also manage and grow a Viking settlement. While there are little details on how the settlement will evolve over time, it has been confirmed that your home base will be a focal point of quests and character development. Settlements will include barracks, blacksmiths, and a tattoo parlor. It is also suggested that your story choices and consequences will affect how your settlement grows.

Are you eagerly awaiting gameplay reveal on May 7th? Drop a comment and let me know what you think about the upcoming Assassin’s Creed chapter. As always, thanks for reading!

Pre-order Assassin’s Creed Valhalla. It will be released Holiday 2020 for PS4, PS5, Xbox One, and Xbox Series X.