You are here: Home / First Impressions / Ori and the Will of the Wisps – Immersive and Visceral Feast 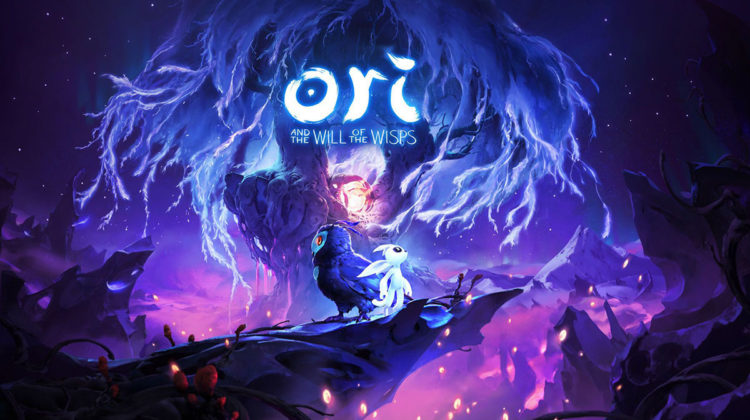 Maybe I just needed to escape. Maybe it’s the stress I’m feeling trapped at home in these uncertain times.

Or maybe Ori and the Will of the Wisps is just a visceral and gorgeous escape from reality. Yeah, I think that’s it.

My wife was beside me when I booted up the second Ori title released by Moon Studios. We both got real quiet as we watched the story unfold. My mouth may or may not have been hanging wide open the entire time.

In Ori and the Will of the Wisps, you play as Ori, a Studio Ghibli-Esque glowing guardian spirit. The story picks up where the first game ends.

Your first task as Ori is to find your friend Ku, who crash lands in the forest after his inaugural flight – with Ori on his back none-the-less. Interestingly, Ku is the child of Kuro, the first game’s antagonist. I’m curious to see how this plays out.

I played Ori and The Blind Forest briefly. I can’t honestly say why it didn’t hook me. Potentially, there was another AAA title teasing me away with doses of dopamine. It’s unfortunate I tend to invest less time in independent titles. I’m working on that.

Oh man, does Ori and the Will of the Wisps have its hooks in me. It absolutely crushes the visual experience. It is truly a feast for the eyeballs. I must have taken 20+ screenshots during the first few hours of gameplay.

As platformers go, it’s certainly not as tough as Celeste or Super Meat Boy but it can be challenging. There is a lot of variety to how you move throughout the map and take out baddies. New skills are added as you progress through the game. You also encounter vendors and other adorable characters who aide you on your journey.

The level design is phenomenal. There is something very wonderfully immersive about the painterly landscape. The game feels very much alive with subtle animations, lighting, and atmospheric effects. I can’t say that I have played a more beautiful game. The landscape is so charming that it can often distract you from the dangers Ori must face throughout the game.

The map is huge by the way. In your journey, the map is revealed slowly section by section. It reminds me of Hollow Knight. Checkpoints allow you to retain progress and some fast-travel points allow you to backtrack to parts of the world that become accessible as you gain skills or special items.

Ori’s world is much larger than his little guardian frame. Everything feels immense including the often screen-size bosses preventing Ori from continuing his journey. Despite overwhelming odds and seemingly impossible obstacles, Ori marches on. This is one of the main reasons this game is appealing. Your powers and bouncing skills help defy a massively threatening landscape.

If you haven’t picked up Ori and the Will and The Wisps, I encourage you to do so. It has received dozens of well-deserved awards. This has even inspired me to go back and play Ori and The Blind Forest once I’m finished. If you’ve played either title, let me know what you think. As always, thanks for reading. Game on!

Ori and the Will of the Wisps is available on Xbox and PC.