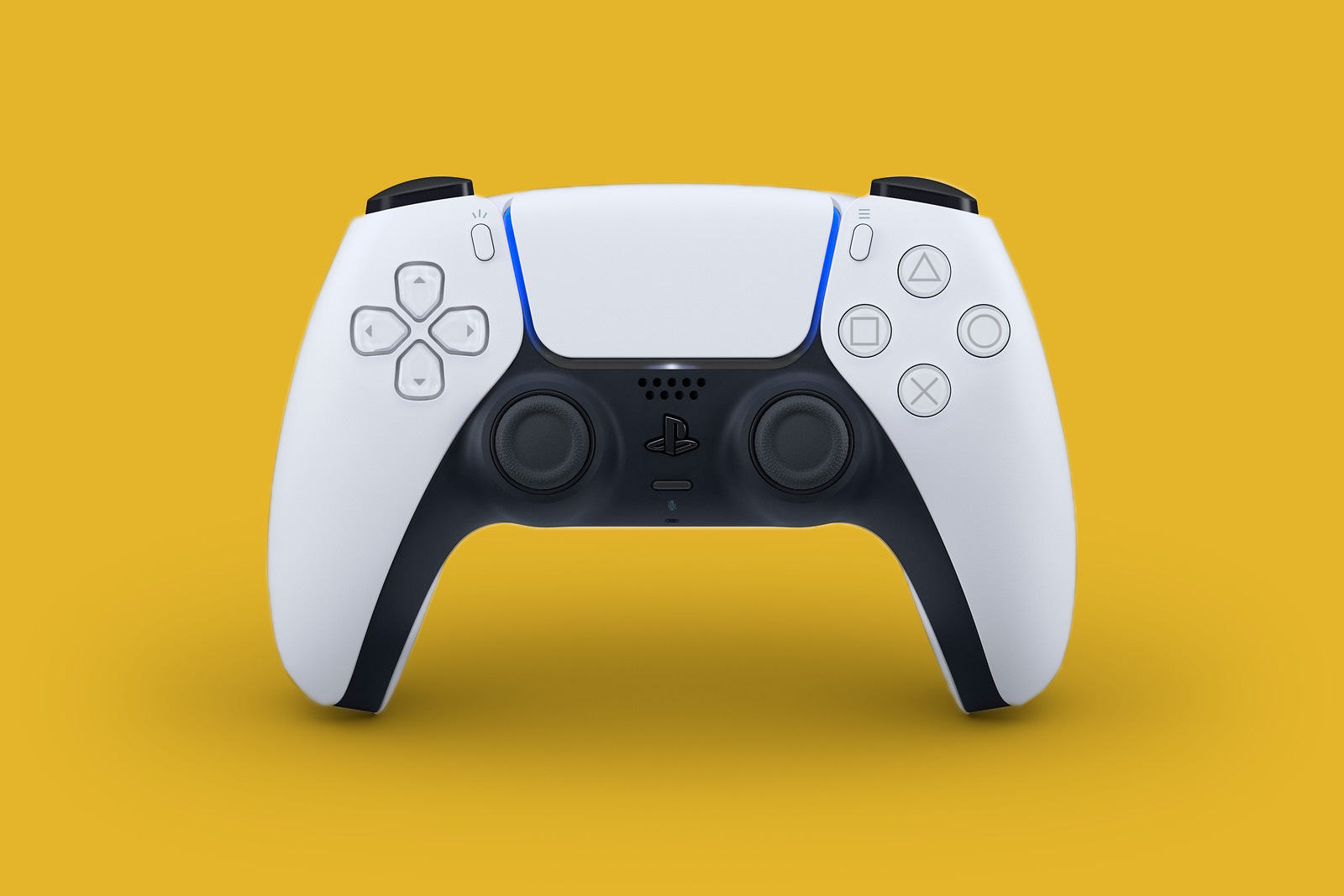 Sony dropped a blog post on April 7th revealing juicy new design details about the DualSense controller for the PlayStation 5.

I couldn’t stand the PlayStation 4 DualShock controller. Granted, I haven’t spent much time on that console, but when I did, I felt like I was holding two bananas duct taped together.

I guess I’m in the minority because the DualShock was thought to be Sony’s best controller yet. Considering its popularity, the new PlayStation 5 DualSense controller isn’t a complete 180.

The PlayStation 5 controller reveals a sleek and modern input device. The black and white color scheme is on the money. I’m into it.

With the controller reveal, we are now left to wonder what will the console look like. I’m confident there will be some design similarities for obvious reasons.

The blue light bars have been moved to the sides of the touchpad suggesting there may be some changes to the console to match this design choice.

I’m also assuming the dual color scheme will be carried over to the console. The white on both controller and console would be a fantastic canvass for custom graphics and a limited edition PlayStation 5.

Despite revealing the design, we have no idea how the haptics will feel. In this October blog post from Sony CEO, Jim Ryan we had our first glimpse into PS5’s controller tech.

It’s suggested that players could feel the tension of drawing a bow or the drag felt by slogging through the mud. It’s incredibly promising and gives developers way more tools to deliver immersive video game experiences.

Maybe I’m old school but I would always turn off vibrations. I get why rumble was introduced on controllers, but it was way too primitive. It never felt like a nearby explosion or wind ripping down a mountain canyon. Honestly, it felt like vibrating plastic in my hands. I thought it was annoying.

For now, we just have to wait and see what the console will look like. Since the controller isn’t a huge leap in overall design, my money is on something that looks similar to the PS4.

We will bring you all the latest when it arrives. Let me know what you think of the new PS5 DualSense controller. Happy gaming!